Motor Trend Magazine: Truck Trend, The Truck and SUV Authority
SHELBY GT-F150, A Bolt out of the Blue – Jerry Heasley
Doug Hasty, Unique Performance president and CEO was eager to put such a truck on the road. Carroll Shelby also wanted into the truck market. At the 2004 SEMA show in Las Vegas, Shelby Automobiles had displayed a Shelby Expedition another concept vehicle. However, the Expedition was then approaching a change over it’s factory design, the F-150 became the higher priority. Unique Performance hired Joe Iacono to design a Shelby Concept Truck. Hasty asked fora fresh approach, something race inspired that would tie into Shelby’s legacy and what he was doing today. Iacono a 29 year old automotive artist and designer from Northern California, has been gaining a reputation as one of the most prolific designers in the industry. Iacono Designed and coordinated many traditional Hot Rods, aftermarket concepts and niche market production vehicles. 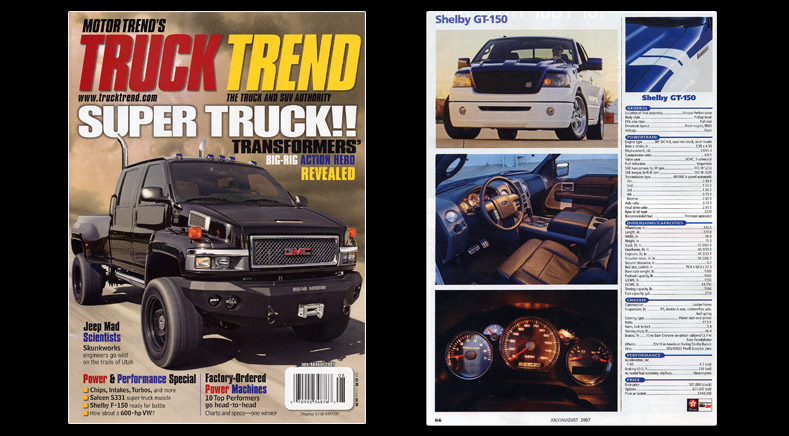 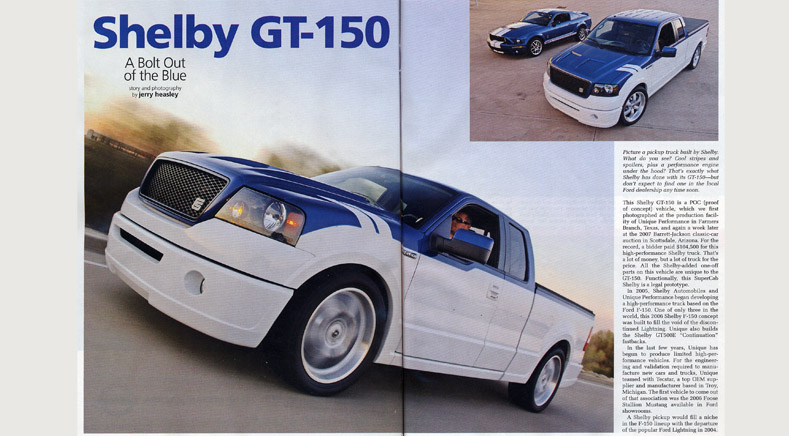 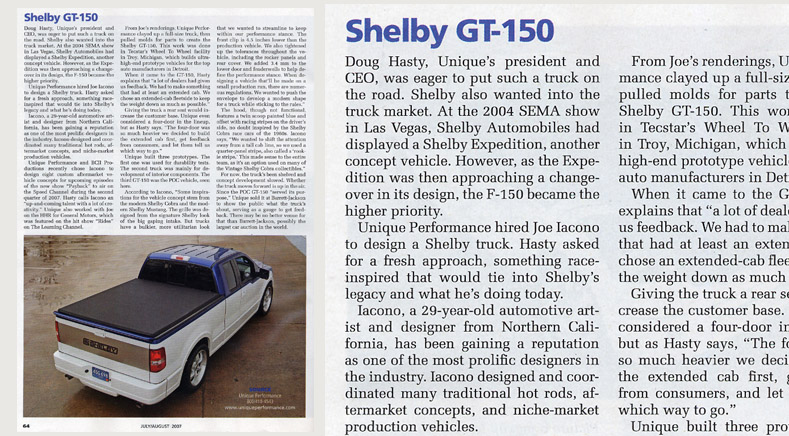