One of my favorite artist / designers in the world of concept Hot Rod art happens to be a good friend of mine. It must be the Hot Wheels… hahah no actually before I became friends with Dwayne I use to collect his work, and pin it up in my studio. I actually use to make it a point to go talk to him at his booth he always had in Pamona at the Grand National Roadster show. I would always tell him how big of a fan I was, and once he learned who I was pandoras box opened up. Seemed like a grounded humble guy and that was refreshing when you have a portfolio like DVance.

So, I have been going to SEMA for six years as a freelance professional, and last year I walked the entire show for one day with Dwayne and it was the coolest time ever. It felt a little like walking through the high school quad. We both walked around introducing different contacts we had, and we learned so much. Im happy to let evrybody know that Dwaynes first book, MCS volume one just got introduced as a iphone and ipad app! Last year he hired me to help with the identity and branding for the new art empire he has created. DVance is also working on a volume two, due out sometime near the early spring. The best part is he decided to add to his all star cast of designers and artist and that list included Joe Iacono. Yup… Joe made the cut! Hell yeah! I will keep you posted on dates! But until then start your collection and get the first edition son! Screen shots attached from the itunes apps.

“The Hot Rod at Book: Masters of Chicken Scratch contains over 100 pages of amazing hot rod art from a variety of Artist. It also includes from past hot wheels designer, Dwayne Vance. It includes over 1.5 hrs of instructional videos that show the complete process from sketch to rendering plus a few extras.”
GET IT ON iTUNES 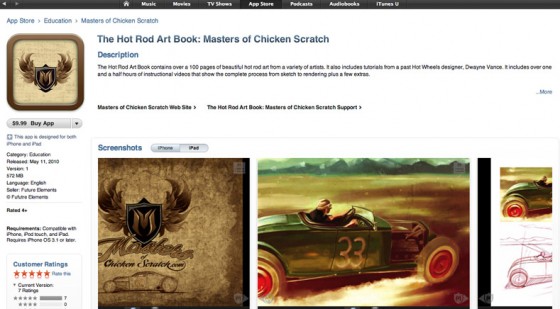 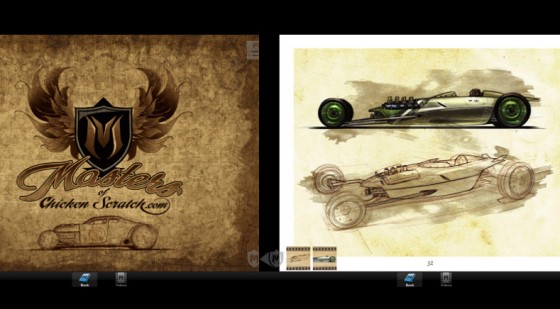 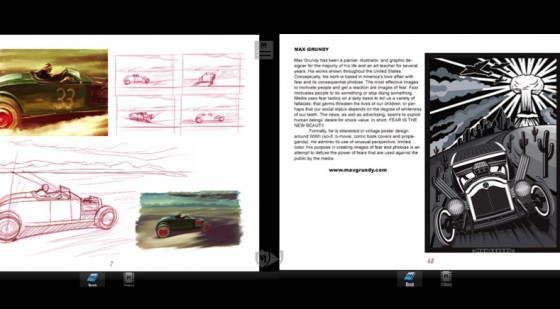 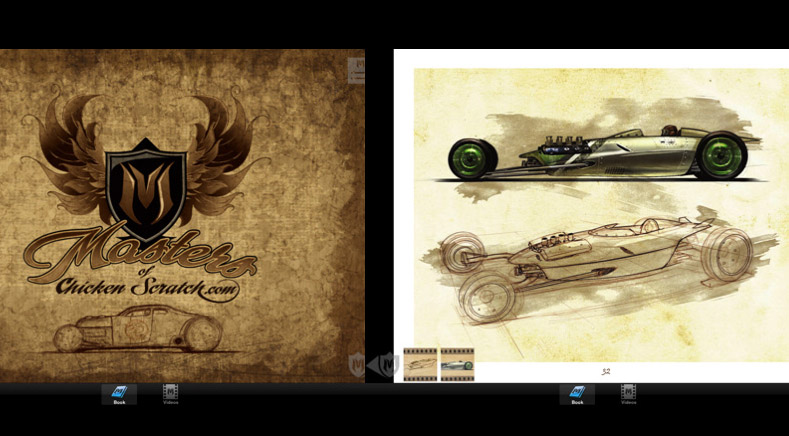 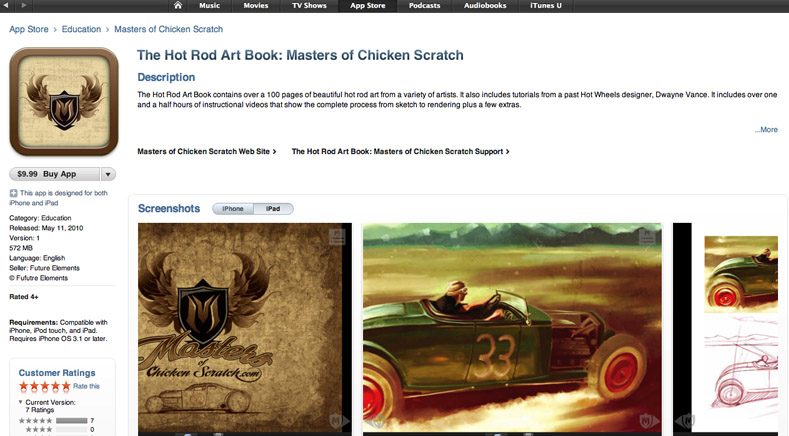 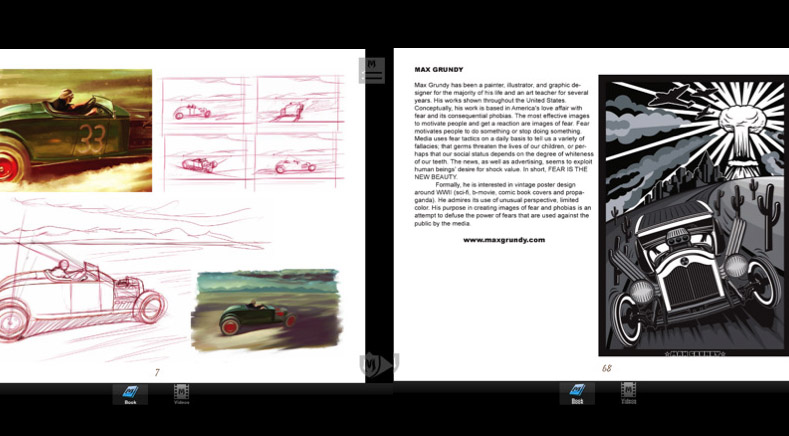