Last nights episode 5 of the new show Baby Daddy on ABC Family aired and it was an epic tale of the coolest stroller on the planet! OK, I might be biased however after waiting in anticipation the entire summer to the see The Roddler in action with the Hit shows epic cast was painful to say the least. It was amazing to see the product be defined in such a way that shared the vision from the day of conception. It was always a stroller that I wanted to build that would change the game! Derek Theler, Jean-Luc Bilodeau, Chelsea Kane, Tahj Mowry, and Melissa Peterman.  The opening scene shows the guys going on a cruise with “Emma” when Ben decides to take the new stroller out for a spin!! 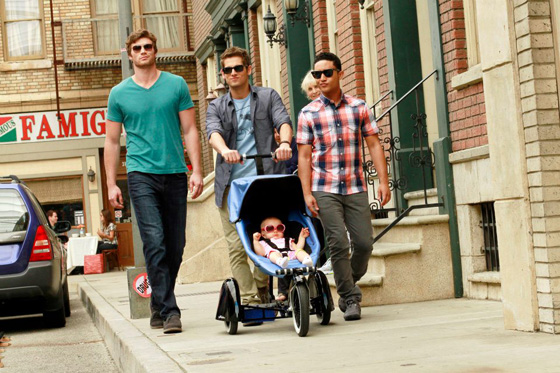 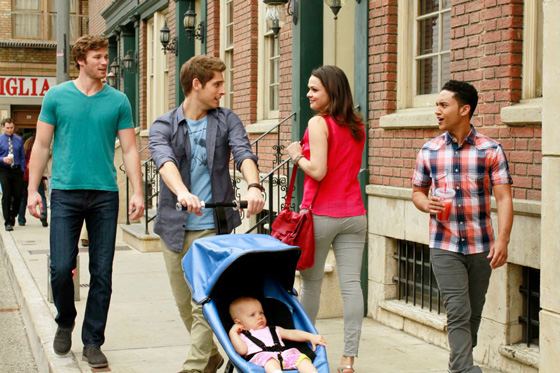